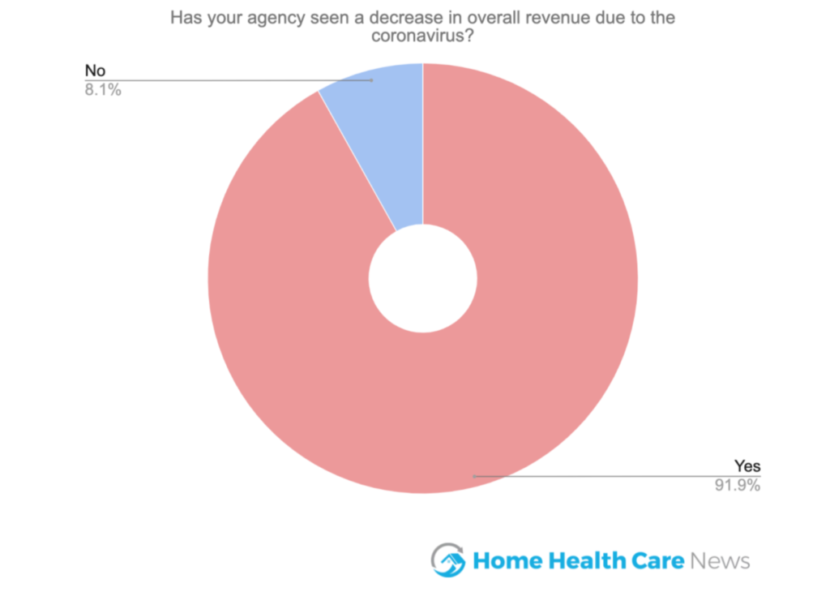 Nearly every industry in the country is feeling the impact of the COVID-19 virus in one way or another. And the home-based care space is far from immune.

However, the in-home care M&A landscape remains relatively strong. While deal activity will undoubtedly slow as a result of the coronavirus, the future looks bright, according to a Q2 2020 mid-quarter report from M&A advisory firm Mertz Taggart.

So far in Q2, home-based care — including Medicare-certified home health, hospice and non-medical home care — has seen nine transactions, according to the report. That total is down mid-quarter compared to the 25 total deals in Q2 2019 and 27 total deals last quarter.

Yet the slowdown isn’t a total surprise. Home health stakeholders, in particular, were already expecting to see a decline in M&A activity as a result of the revolutionary payment changes created by the Patient-Driven Groupings Model (PDGM), which took effect Jan. 1.

“We may have had a few deals get pushed back or killed due to COVID-19, but most of this dip is a predictable result of PDGM,” Mertz Taggart’s Cory Mertz said in the report. “Buyers want to wait until the dust has settled on PDGM and see how potential targets perform under the new model, which requires at least a few months of financial and patient data.”

But the dip won’t last forever: Now roughly five months into the overhaul, home health providers seem to be doing better than expected under PDGM. Plus, the demand for home health services remains high amid the coronavirus.

Both factors lead Mertz to believe the industry will start to see more home health companies coming to market in the second half of 2020.

Meanwhile, hospice M&A appears especially promising in the short- and long-term, as many buyers have shifted their focus to hospice due to PDGM. There were more transactions in the space than ever before in Q1 2020, coming on the tail of a two-year hospice M&A increase.

On top of that, hospices have been less disrupted by the coronavirus than home health providers, who are grappling with lack of telehealth reimbursement, higher LUPA rates and astronomical personal protective equipment (PPE) costs.

The most prominent hospice acquisition since the start of 2020 was executed by Baton Rouge, Louisiana-based Amedisys Inc. (Nasdaq: AMED). In April, the company — already one of the largest hospice providers in the country — announced it was acquiring AseraCare Hospice for $235 million.

“AseraCare is a great hospice company,” Amedisys CEO and President Paul Kusserow told Home Health Care News at the time. “When we decided that hospice was a business line we wanted to move forward in back in 2016, we actually approached AseraCare. But they weren’t for sale.”

Despite continued interest in hospice, dealmaking is expected to slow on every front for a while, as the coronavirus — rather than M&A — continues to dominate executive leaders’ attention.

But that won’t last forever, according to Mertz.

“We expect deal volume to get back to near-normal levels by mid-2021,” he said. “It seems like a long time, but companies that are recovering and going to market today likely won’t close until Q4 2020 or Q1 2021.”